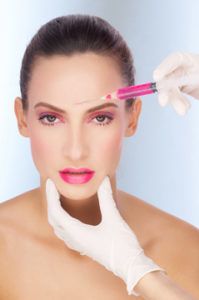 Dr. Gary Motykie is an experienced plastic surgeon providing state of the art procedures such as breast augmentation and tummy tuck. Dr. Motykie is certified by the American Board of Plastic Surgery. Patients in Beverly Hills, West Hollywood, Los Angeles, and surrounding areas can receive treatment for cosmetic surgery as well as non-surgical procedures.

Patients who are looking for non-surgical treatments such as Botox have some outstanding news from the FDA. The FDA has finally approved Botox® for the cosmetic treatment of crow’s feet around the eyes. As a cosmetic surgeon, Dr. Motykie provides Botox treatment to his patients in Beverly Hills, West Hollywood and Los Angeles, if they are keen to reduce frown lines or crow’s feet from the face without undergoing a facelift surgery.

People that are unhappy with signs of aging on their face, but are either unable or unwilling to go for a surgery, may choose Botox as an effective non-surgical alternative. The treatment involves almost no downtime, no general anesthesia and no risks or complications that are typically associated with a surgery. Results are visible almost immediately. Busy working people tend to choose Botox because it does not require them to alter their work schedule for even a day.

Botox is made of botulinum neurotoxin, which is one of the most powerful biological agents known to man. It is used in extremely diluted forms, in approved doses, to treat several medical as well as cosmetic problems, as approved by the FDA. With the FDA approval for treatment of crow’s feet, Botox can now be used to reduce wrinkles around the corners of the eyes. It can help make the eyes appear rejuvenated and rested.

What are Crow’s Feet?

Clinically known as lateral canthal lines, the crow’s feet refers to the fine lines that emanate outside of frown lines from the far corners of the eyes. When a person is smiling, the crow’s feet become more conspicuous because the action of smiling activates the underlying muscles. As the muscles contract under the skin, the folds appear in the skin naturally. When the action of smiling is repeated frequently over a period of time, the skin folds become permanent.

Patients in Beverly Hills, West Hollywood, Los Angeles, and other places who are not inclined in favor of cosmetic surgery, may consider Botox as an effective treatment for frown lines and crow’s feet. Botox medication is directly injected into the targeted muscle tissue that needs to be relaxed. The toxin works instantly to block communication between the muscle and the nerve, sending the muscle into a temporary state of paralysis. This makes the skin relaxed and smooth, and the wrinkle does not appear when a person smiles.

While announcing the formal approval for Botox treatment for crow’s feet, the FDA has stated that Botox is an effective temporary treatment to help minimize wrinkles and lines that form near aging eyes, which are known as crow’s feet. In 2002, the FDA has given its first approval to Botox for cosmetic treatment of frown lines.

Prior to that, Botox use was allowed only for medication treatment of conditions such as eyelid spasms, underarm perspiration and severe migraines. Plastic surgeons have been providing Botox treatment as an effective alternative for several years to patients who may not agree to the surgery route.

Allergan, Inc., Irvine, California based manufacturer of Botox has received the approval from FDA for treatment of crow’s feet only after it successfully showed the results of a study conducted to assess the impact of the treatment. The study included two groups of adult participants, out of which one group of 833 participants was randomly chosen to receive a placebo Botox injection.

The group that was administered Botox treatment showed a substantial reduction in crow’s feet. The treatment is now approved by the FDA, but an experienced cosmetic surgeon will always advise the patient to keep realistic expectations from the outcome and remember that the results of Botox may last only for about three to six months. The treatment can, however, be repeated to prolong the results.

FDA includes a clear warning on Botox labels, which says that the toxin might spread to other areas of the body, which can result in symptoms similar to botulism. However, the FDA also notes that when Botox treatment is delivered in controlled doses, it has never resulted in a confirmed serious case of botulism. It can be inferred from the FDA warning that Botox treatment should be performed by a qualified expert in cosmetic surgery or only by a certified Botox provider.

To see more services and treatments provided by Dr. Motykie and his team please visit: