Anyone who is considering undergoing tummy tuck plastic surgery procedure, or already has booked an appointment for an initial tummy tuck consultation, should go with some preparation about what questions to ask during the consultation. An experienced surgeon will usually address most queries and doubts from their own side, but preparation and awareness always helps.

Tummy tuck is a major surgery, and a candidate should go for it only when they have full clarity of all their doubts and concerns and when they are willing to choose it for their own sake, and not under the influence of anyone else. Dr. Gary Motykie is a renowned cosmetic surgeon providing tummy tuck and various other procedures of the breast, body and face. Dr. Motykie provides tummy tuck to patients in Beverly Hills, West Hollywood, Los Angeles, and surrounding communities.

The patient should also frankly discuss the cost and financing aspects during the initial consultation process to make a well-informed decision.

Liposuction Surgery and Other Alternatives for Reducing Fat

Liposuction currently ranks as the most popular plastic surgery procedure in the US. Innovations in liposuction techniques have made the procedure less invasive, encouraging many more people to seek this surgery. At the same time, a powerful non-surgical fat reduction procedure called CoolSculpting serves as an effective alternative to liposuction.

The original liposuction plastic surgery technique was developed more than three decades ago. But in recent years, a range of less invasive variants of liposuction have gained popularity due to the introduction of technologies such as lasers and ultrasound in surgical procedures.

Tumescent liposuction has emerged as one of the most widely used techniques to perform targeted fat reduction. The procedure is designed to be less invasive and can be performed only using local anesthesia. The cosmetic surgeon will inject liberal volumes of lidocaine and epinephrine into the fatty tissues, which will numb the local area and minimize the risk of bleeding and bruising. Thereafter, the surgeon can easily remove the unwanted fat tissue.

This technique involves the use of ultrasound energy to liquefy stubborn fat tissue before it is suctioned out surgically. After the delivery of tumescent fluid into the targeted area, the surgeon will use a special ultrasound cannula to disintegrate the fat cells. This enables their removal in a less aggressive manner to restore a smoother and more even body contour.

A number of variants in this technique, such as Smart Lipo, Slim Lipo and Cool Lipo, are used to achieve fat reduction in specific area of the body in a less invasive manner. The technique involves the use of thermal energy that is generated through a specialized laser emitting cannula, which will melt the targeted fat tissue. This will enable the surgeon to remove the fat cells more easily and without causing damage to the surrounding healthy tissue.

For individuals who want to achieve fat reduction without surgery, Dr. Motykie provides a proven and innovative non-invasive procedure called CoolSculpting. This FDA cleared procedure was developed by Harvard scientists, and it involves a revolutionary cooling process to freeze off the unwanted fat cells. Once the fat cells are frozen, they will gradually break down and get removed from the body in a natural metabolic process.

Over a period of few months, the patient will gain enhanced body contours in the treated areas. Results with CoolSculpting appear more natural and can be sustained for a long period of time with a regular diet and exercise regimen. CoolSculpting does not involve any significant discomfort for the patient and it completely avoids the use of any needles, cuts, or incisions. Patients in Beverly Hills, West Hollywood, Los Angeles, and nearby areas have an opportunity to receive this procedure from Dr. Motykie.

Upper Blepharoplasty (Eyelid Plastic Surgery) Before and After Pictures 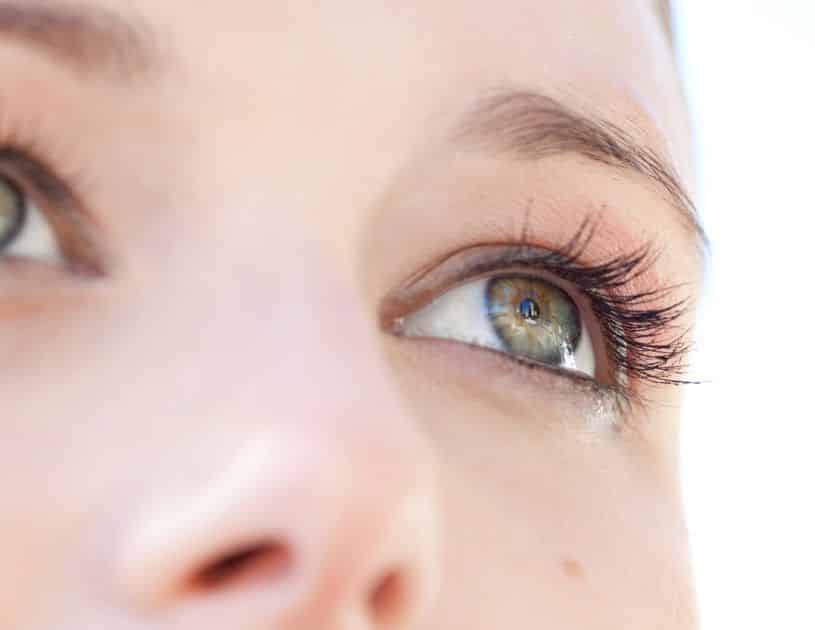 Upper blepharoplasty is a delicate plastic surgery procedure that should only be performed by a fully trained and experienced surgeon. The patient should be aware of all aspects of the surgery and the expected outcome before they make a decision to go ahead with the procedure.

An experienced cosmetic surgeon will explain properly about upper blepharoplasty during the initial consultation process. The surgeon may also present upper eyelid plastic surgery before and after photos during the consultation. Board certified plastic surgeon Dr. Gary Motykie provides upper blepharoplasty to patients in Beverly Hills, West Hollywood, Los Angeles, and surrounding communities.

What are Upper Blepharoplasty Before and After Photos?

Before and after photos in case of upper blepharoplasty plastic surgery refer to a set of images pertaining to a previous patient who has undergone the same surgery with good results. The photos are taken prior to the procedure and after the procedure at a stage when the initial swelling and bruising has been eliminated and full effects are established.

The cosmetic surgeon will obtain the photos with the patient’s consent and show them to new patients in an appropriate manner. The sole purpose of the surgeon here is to use these images as a visual aid to educate new patients about the upper eyelid surgery procedure. Once the new patient knows about the potential effectiveness of the surgery, they are in a better position to decide whether to go ahead with it.

When a new patient steps into the surgeon’s office seeking upper blepharoplasty, they may only have a limited understanding of how the procedure will impact their overall facial look and how it will help to meet their personal aesthetic needs. Some patients may need only a minor improvement, while others may require a combination of upper and lower blepharoplasty or a brow lift surgery may be recommended in addition to the upper eyelid surgery.

In all such situations, the patient can make better choices when they have access to upper blepharoplasty before and after pictures. Dr. Motykie is a leading plastic surgeon who receives patients from Beverly Hills, West Hollywood, Los Angeles, and nearby areas for upper eyelid surgery and other procedures.

Experienced surgeons know that the highest patient satisfaction levels in any aesthetic procedures are usually achieved when the patient has a positive mindset, clear goals, and realistic expectations.

Therefore, they would prefer to present upper blepharoplasty before and after pictures at the very outset to ensure that the patient knows what to expect and what not to expect from the results. This mitigates the risk of any potential disappointment or misunderstanding occurring at a later stage.

The surgeon will have the option to present upper blepharoplasty before and after pictures on their practice website under a separate section called the Photo Gallery. New patients can simply access and review the photos online in the privacy and comfort of their home or office even before they are ready to visit the surgeon for a personal blepharoplasty consultation.

The use of digital technology has made people much more comfortable since they know what they are getting into before they even sign on the dotted line. This helps patients and doctors alike. Everyone is more on the same page than they would be without the use of this technology. Dr. Gary Motykie wants his patients to be at ease and to be comfortable with their decision making regardless of the choice they make. 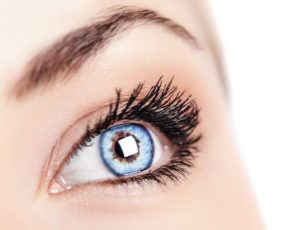 Blepharoplasty, commonly known as eyelid surgery, is a plastic surgery procedure to reduce the signs of aging from the eyelids. When the procedure is performed on upper eyelids, it is known as upper blepharoplasty. The procedure can significantly improve the appearance of tired-looking and droopy upper eyelids. The surgery involves removal of excess skin and redistribution or reduction of fat pockets from the upper eyelids.

In case of upper eyelid plastic surgery, patients with one or more of the following conditions will usually make suitable and concrete candidates:

For upper blepharoplasty, the candidate should be at least 18 years of age, but most people are above the age of 30 or 35 who seek this procedure.

The cosmetic surgeon will perform upper eyelid lift surgery to reduce excess fatty tissue and loose skin that is giving an appearance of inflated, droopy eyelids. These conditions of excess fat and skin and drooping of eyelids can occur due to aging, sun exposure and other causes, but the effects can be reversed with upper eyelid surgery and more youthful looking eye appearance can be restored.

The surgeon will place small incisions along the natural creases of the upper lids to ensure that any resulting scars remain discreet. Through the incisions, the surgeon will remove excess fat and trim away excess skin that may be causing vision obstruction or contributing to older, tired looking eyes. If the underlying muscles are weak, these may be tightened and repositioned at the same time.

The remaining skin is gently lifted and re-attached to create smoother, more youthful looking upper lids. The incisions are then closed with fine sutures. An experienced surgeon will ensure that the surgery is performed in a subtle manner and no overcorrection takes place so that any unnatural ‘permanently awake’ look can be avoided. Dr. Motykie receives patients from Beverly Hills, West Hollywood, Los Angeles, and nearby areas for upper blepharoplasty.

In addition to the primary aesthetic benefits that will result from upper blepharoplasty, many patients can also gain in terms of functional benefits. The procedure can restore peripheral vision that may have been obscured due to droopy upper eyelids. Patients who seek this procedure specifically for functional needs may also get the benefit of insurance coverage.

Upper blepharoplasty is a minimally invasive surgery, but some post-operative pain and discomfort may be experienced in the first two to three days. Mild swelling in the incision sites can be addressed with cold compresses or iced eye pads. Most patients can return to their normal routine in about one week.