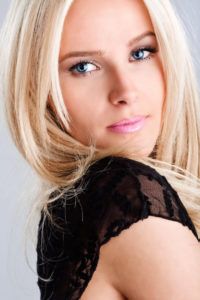 Nose reshaping plastic surgery or rhinoplasty is designed to resolve cosmetic as well as physiological problems that could restrict a patient’s ability to breathe through the nostrils.

The surgery can significantly improve the shape, size as well as function of the nose. Different rhinoplasty techniques can be used to meet the unique needs of a patient.

Nasal septum is the cartilage and bone which bifurcates the nasal cavity into two halves. The septum could bend on either side, resulting in an S-shape if it bends internally or in a C-shape externally.

The point where the septum bends will help the nose surgeon determine whether they should reshape the upper bony part of the septum close to the top of the nose or the lower cartilaginous portion.

This nose surgery technique is designed to treat turbinates that may be inflamed due to an allergy or some other irritants. A turbinate could sometimes contract if it is pushed to one side by the deviated septum.

As a consequence, the opposite turbinate gets larger to compensate for the turbinate which has constricted. This may create an additional hindrance in breathing, which can be addressed with turbinate rhinoplasty.

Just like an oversized turbinate, a nasal polyp may also develop because of an allergy or other irritants. Nasal polyps are mostly benign growths that may occur within the nasal passageway. They feel like a soft jelly bulb within the nostrils. The astute surgeon will make use of a snare instrument to access the nose from inside and remove the nasal polyps carefully.

Radix is the bony upper portion of the nose. The radix and cartilage underneath could sometimes cause a nose bump if they are oversized. A shallow radix, on the other hand, may create a nasal depression. The surgeon will reduce or modify the radix size and shape carefully to improve the outer nose appearance.

Some people may be unhappy with their marginally crooked nose. The trained surgeon can usually straighten the nose by removing some portion of cartilage and bone. They may also move the nose tissue to further improve this condition.

If the nose is poorly defined appears overly defined, it may not have the correct rotation. Tip rotation refers to the upward or downward turn of the nasal tip. The nose surgeon will carefully evaluate the nasal base and adjust the tip as needed by reshaping the cartilage.

Nose reshaping surgery is popular among people whose facial ethnicity is marked by a broad nose. Patients of African and Asian descent often choose ethnic rhinoplasty to reduce the width of their nose. It is paramount for a surgeon to maintain the integrity of the face and the patient’s original ethnic identity when performing this rhinoplasty procedure.