Demand for Cosmetic Surgery and Non-surgical Procedures on the Rise

Patients in Beverly Hills, West Hollywood, Los Angeles, and surrounding communities have an opportunity to receive both surgical as well as non-surgical treatments in a state of the art environment at the practice. 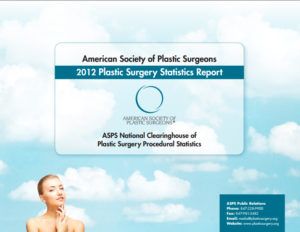 The American Society of Plastic Surgeons (ASPS), which is a pre-eminent organization for plastic surgeons in the United States, brought out a detailed report in 2012 on the growth and demand trends in the profession of plastic surgery. The report titled “Plastic Surgery Statistics Report 2012” provides some revealing insights about the growing popularity and acceptance of cosmetic treatments, both surgical as well as non-surgical, in the U.S.

The figures reveal that there is a growth in demand across almost every segment of the aesthetic treatments. The data speaks for itself, and it demonstrates a higher level of patient satisfaction and trust in various invasive, minimally invasive, and non-invasive aesthetic procedures. The report also indicates a rise in the number of repeat patients. Dr. Motykie’s plastic surgery practice and Motykie Medical Spa are contributors to this positive growth trend because of their firm commitment to achieving the highest levels of patient satisfaction in every procedure. See the average price of these cosmetic procedures and treatments

The ASPS report reveals that in 2012, 14.6 million aesthetic procedures were performed in the United States. This was a jump of 5 percent in the number of procedures compared to 2011. The total number of cosmetic surgeries performed in 2012 increased over the previous, with breast augmentation surgery leading the pack. Since 2006, breast augmentation procedure has consistently ranked as the number one cosmetic surgery in the United States.

Breast augmentation was followed by procedures such as nose reshaping surgery, eyelid surgery, liposuction, and facelift surgery in that order, among the most in-demand procedures. Within the breast augmentation category, a majority of patients (62 percent) chose silicone implants, while the remaining opted for traditional saline implants.

The demand for less invasive and minimally invasive procedures also rose in 2012 compared to the previous year. Botox was the top most procedure in terms of popularity, with more than 6.1 million Botulinum Toxin Type A treatments performed in 2012. This represented a substantial increase of 8 percent over the previous year. Patients also placed their trust in soft tissue cosmetic fillers, which followed Botox at number two, with over 2 million procedures in 2012.

Other popular non-surgical procedures in 2012 included chemical peels, laser hair removal, and microdermabrasion treatments in that order. Nine out of 10 cosmetic procedures were performed on females, which males constituting only one out of 10 procedures. People in the age group 40-54 years opted the most for aesthetic treatments, with 48 percent of all procedures being performed in this age group.

Probably the best reaffirmation of faith in aesthetic surgery as well as non-surgical treatments came in the form of a growth in the number of repeat patients. Business from repeat patients increased 7 percent in 2012, which is indicative of a growing level of patient satisfaction with regard to cosmetic treatment outcomes.