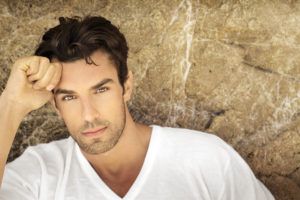 Rhinoplasty cosmetic surgery is an effective treatment for enlarged turbinates. Turbinates refer to thin, long bones that project outwards from the side of the septum inside the nasal cavity. Turbinates look like tiny, small knobs on the ends.

During the pre-op consultation, the surgeon will assess the patient’s nose to evaluate if enlarged turbinates surgery is appropriate for them. The successful board certified plastic surgeon Dr. Gary Motykie provides a wide range of nose reshaping surgery procedures to patients in Beverly Hills, West Hollywood, Los Angeles, and surrounding locations.

Turbinate rhinoplasty can address inflamed turbinates which can occur due to irritants or allergies. At times, the turbinate can contract due to pressure from a deviated septum which pushes it to one side. This causes the opposite turbinate to become larger to make up for the constrained turbinate and leads to additional breathing issues.

Certain surgeons treat enlarged turbinates by removing tissue to reduce their size while others not to excise any tissue. Instead, the surgeon fractures the turbinate in the outward direction. Turbinates warm the air entering the nose and generate moisture to facilitate proper breathing.

Sometimes, removing these turbinates causes a painful condition known as atrophic rhinitis. However, fracturing a turbinate outwardly and away from the septum and positioning it appropriately creates a larger airway. This improves breathing and enhances the proper functioning of the turbinates.

Various cosmetic surgery techniques can be employed to reduce the size of turbinates. Turbinate size correction surgery is commonly known as turbinate reduction or turbinate resection. The patient can undergo this procedure in the surgeon’s office or an operating room. The surgeon typically performs a septoplasty and turbinate resection simultaneously.

It is important not to remove the turbinate entirely as it can impact the overall functioning of the turbinate. The complete elimination of a turbinate can lead to a very dry and crusty nose.

At times, the turbinate tissue may re-grow following the procedure. In this case, the patient will need further surgical intervention. This is more acceptable in comparison to completely removing a turbinate.

Certain techniques can reduce the size of a turbinate without removing the turbinate bone of tissue. Techniques such as radiofrequency reduction, coblation, and cauterization can help accomplish this reduction.

In these techniques, a part of the turbinate is heated with a specialized tool. This enables the turbinate to shrink after a while as scar tissue develops due to the heating process.

Certain procedures can be used to remove a part of the turbinate. The surgeon must ensure that sufficient turbinate remains within the nose while performing these procedures. The turbinate that remains in the nose can warm and humidify the air going into the nose.

A standard technique to treat enlarged turbinates is called submucosal resection. Prudent plastic surgeon Dr. Gary Motykie receives patients from Beverly Hills, West Hollywood, Los Angeles, and other suburbs and cities in this region of the nation for nose surgery.