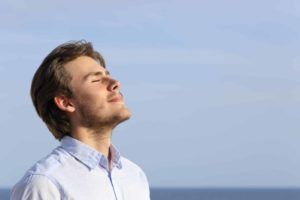 Rhinoplasty cosmetic surgery can correct a deviated septum to restore proper function of the nose. After the surgeon determines the exact nature and extent of the deviated septum, they can design a customized surgical plan to treat it.

What is Septum Deviation?

The septum divides the nasal cavity into two narrow airways that begin from the upper portion of the nose where it attaches to the nostrils. The septum comprises various sections of bone and cartilage.

The lower part of the septum is situated on the anterior nasal spine. This bone provides support, and it can be felt in the area where the nose connects with the upper lip.

Septum deviation refers to the moving or development of the septum to one side of the nasal cavity instead of dividing this cavity into two identical airways.

The septum can bend to one side creating an S-shape or bow out to create a C-shape. Such deviations in the septum can restrict the air flow and gradually damage the delicate tissues of the nose.

Some people have a deviated septum since birth while others develop it because of a nasal injury. This can lead to breathing obstructions. A deviated septum can also lead to recurring facial pain and nosebleeds.

How is Septal Deviation Corrected?

The surgeon will work on either the cartilage located in the lower portion of the nose or the bony upper part of the septum that sits on the top of the nose. The septum may also shift off the anterior spine in a condition called a caudal septal deviation. In such cases, the surgeon will shift the septum back to the correct position and move its base to the anterior nasal spine.

To commence the procedure, the surgeon places an incision on one area of the nose to gain access to the septum. After that, they will delicately move the deviated septum back to its correct position. They will also remove obstructions such as useless bone pieces or cartilage. Finally, the surgeon repositions the mucous membrane.

Septoplasty is outpatient surgery. Most patients can go back home on the day of the procedure itself. Devoted plastic surgeon Dr. Gary Motykie receives patients from Beverly Hills, West Hollywood, Los Angeles, and other neighborhoods and cities across the horizon for nose surgery.