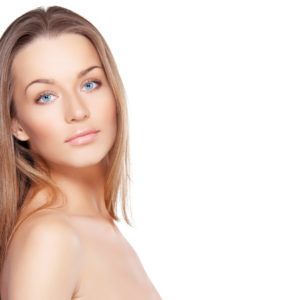 Nose projection is the distance that it protrudes outward from the juncture where it connects the upper lip to its tip. If the tip protrudes excessively, it can have a significant impact on the overall appearance of the nose.

Conversely, an under-projected nose appears too shallow and makes the nose appear too small in comparison to the other features of the face. A surgeon can trim away a portion of the cartilage at the nasal tip to reduce the projection of the nose.

To increase the nose projection, the surgeon may separate and realign the cartilage. They will move it forward and suture into a desirable position. If there is insufficient cartilage in the nasal tip, the surgeon may use a cartilage graft to build it up.

Correcting an Over Projected Nose

People who have over projected noses that are too protuberant from their face can consider corrective cosmetic surgery involving trimming away the nasal cartilage at the tip. In this procedure, the surgeon moves the nasal tip back to create a more desirable appearance. This is called nasal de-projection or retro-displacement.

Treating an Under Projected Nose

The location and method of cartilage graft use determine whether columellar struts are used to provide support to the columella which divides the nostrils. There may be an inadequate availability of septum cartilage if the patient is undergoing revision rhinoplasty. The surgeon will typically take the bone from the rib cage for the cartilage graft in such cases.

The ear cartilage is believed to be advantageous in providing support to the nasal tip due to its elasticity. A common cartilage transplant from the ear will be denser compared to septum cartilage. But the results could be a nasal tip that feels more natural rather than one that is solid and rigid due to the elasticity.

If the patient needs cartilage for the primary rhinoplasty plastic surgery, the surgeon may also consider costal or rib cartilage as a feasible option. Septal or ear cartilage is generally used for nasal tip refinement. But at times, rib cartilage may also be used.

Men considering nose tip refinement surgery may have concerns about the nose looking too feminine after the procedure. However, a skilled and experienced plastic surgeon can preserve the masculinity of the nose while simultaneously enhancing the nose projection.

A nose projection surgery can effectively enhance the nose shape while preserving its masculine attributes for men who not want to consider a full traditional rhinoplasty. Cosmetic surgeon Dr. Gary Motykie receives patients from Beverly Hills, West Hollywood, Los Angeles, and nearby areas for rhinoplasty.